Great companies are run by great people and promotional materials only tell part of the story. We encourage you to get to know our president, managers and foremen. We are confident you will be impressed by their experience, knowledge, professionalism and concern for you, the client. 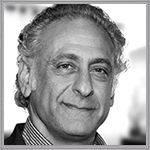 Matthew Goldfine has over 35 years of experience in the construction industry as a general contractor, designing, building and managing a wide range of projects in the New York, Tri-state area. Clients rely on his unique expertise in the renovation and restoration of antique buildings for projects ranging from the complete makeover of private brownstones in Manhattan and Brooklyn to the high profile renovation of the U.S. Court of Appeals of the Second Circuit and the design and construction of the Federal Trade Commission offices at One Bowling Green, NYC.

Mr. Goldfine has also been involved in a number of state of the art projects requiring an extremely high level of precision and craftsmanship. Examples include the construction and renovation of the Donghia Interior Design Resource Center at Parsons School of Design, NYC and the high tech Belfer Lighting facility in Farmingdale, NJ.

In addition, Mr. Goldfine has completed numerous projects throughout the New York Tri-state area in both the public and private sectors, on public bid, municipal, state and federal projects as well as commercial and residential projects. A partial list can be found below.

Adam Goldfine comes to Excel Builders from a diverse business background with an emphasis on operations, marketing and communications. As Chief Operating Officer of Misty Mate, a manufacturer of portable misting products, Mr. Goldfine was instrumental in developing international markets and oversaw a complete product line redevelopment resulting in substantial expansion into the domestic big box retail market.

Prior to coming to Chaos!, Mr. Goldfine founded and was president of GeoServe Communications, a full service web developer. Notable clients include CBS Studio Center, Panavision Hollywood, Polygram Filmed Entertainment and Wyle Electronics.
Mr. Goldfine attended New York University's Tisch School of the Arts where he earned a BFA in Motion Picture Production. He has worked extensively in the motion picture industry on dozens of feature films, commercials, documentaries and music videos in New York, Hollywood and internationally.